(and by “Best” I mean my favourites)

2014 was an amazing year of movies for a number of reasons. There seemed to be more quality films than any other recent year – perhaps since 2007 or even 1999 – and more surprising still was that they weren’t all released in the fall and winter, but rather spread out across a whole year of cinematic richness (for proof check out the Best of Summer 2014 Arthouse and Blockbusters, many of which appear here). Established directors like Richard Linklater, Wes Anderson, and the Dardenne brothers turned in some of their best work yet, while up-and-comers like Damien Chazelle, Gillian Robespierre, and Alex Ross Perry proved that the future of film is bright.

There was so much good cinema that a simple top ten wouldn’t suffice, so I’ve gone with a bloated Top 20 (and listed even more below that). It was hard to nail down the order and it’s obviously wildly subjective, but I heartily recommend all of the following flicks: 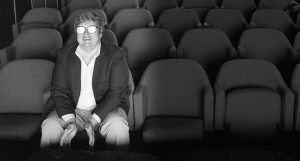 A joyous celebration of Roger Ebert and an adaptation of his memoir, Life Itself avoids becoming a hagiography through friend and master documentary director Steve James’s warm and even approach. It’s overflowing with funny anecdotes and private moments with Ebert, especially as he fights to maintain dignity and optimism in the face of failing health in his final years. Ebert’s relationship with his loving wife Chaz anchors the flick, making the documentary a treat for fans and newbies alike. (full review here) 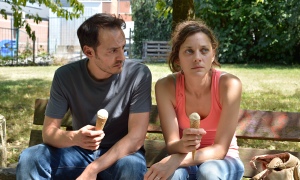 The Belgian Dardenne brothers (Jean-Pierre & Luc) are so reliable at this point that it’d be a shock if they didn’t churn out a masterpiece. Two Days, One Night is a slice-of-life portrait that casts Marion Cotillard as a woman struggling to keep her job in the face of economic and personal hardships with allegorical parallels to the European economic collapse. Far from dreary, it’s well-observed, heartbreaking, and ultimately hopeful. A quiet triumph. 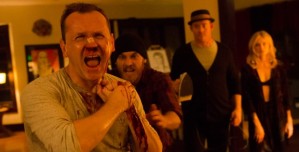 This nasty little movie came out of seemingly nowhere to shock and delight. Full of familiar character actors and armed with a simple premise – how far will two desperate men go to earn wads of cash for the sadistic pleasure of their hosts? – Cheap Thrills will make you gasp, laugh, cringe and cheer, but you may need a shower afterwards. The kind of midnight movie that you wish there were more of.

Locke sounds like an “eat-your-vegetables” kind of movie, a bore that everyone claims is good but couldn’t possibly exceed its premise. It’s simply one man in a car and on his phone for the whole movie, but damn if it isn’t gripping throughout. Tight plotting and an astounding turn from Tom Hardy ensure that you can do much with little, and Locke makes personal stakes feel incredibly high in this one-of-a-kind thriller. 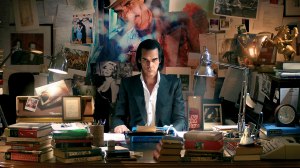 20,000 Days On Earth bills itself as a documentary but it’s more of a narrative examination of musician/writer/artist Nick Cave (it has 3 writers including Cave). It doesn’t exactly present an unvarnished view of Cave, but instead contains (mostly scripted) scenes that illuminate the man and the myth. There’s numerous (carefully curated) insights into his background and creative process and the whole thing is incredibly electric and inspiring. The ending swells and builds to a point where if you don’t leave wanting to write or create (or at least buy a Nick Cave album) then you weren’t paying attention. (full review here) 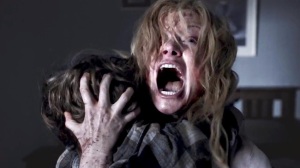 Shit-your-pants terrifying and dripping with dread, The Babadook plays on unspoken and deep-seated fears (like actively disliking your child) while engaging with grief and death in a singular way. The characters are believable, the atmosphere is heavy and the story is a doozy, aided by an enigmatic story book monster that hunts a mother and child. More than jump scares and loud noises, it’s horror done satisfyingly well. (full review here) 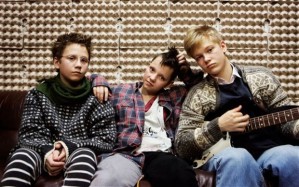 The punk spirit is alive and well in We Are The Best!, a tale of 3 school age girls in early 80’s Stockholm who form a band. The characters are more than types and seem to exist beyond the borders of the film, and to spend time with them here is to be reminded of the exhilarating, terrifying, tumultuous and life-changing time that was being 13 years old. Tender and true, it’s a small scale story told with heart and humour. 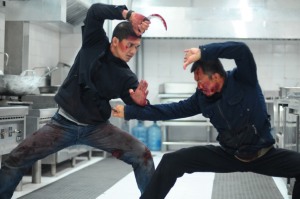 The world of The Raid is expanded greatly in this bigger and brawnier sequel that contains some of the best fight choreography of this or any other year. Lead Iko Uwais continues to be the bane of Indonesian stuntmen as he kicks ass across the underworld in this crime epic. Inventive and pulse-pounding, it contains almost too much of a good thing in its numerous action sequences (spread out over 2 and a half hours compared to the lean first Raid) but proves admirably adept at juggling it all. Bloody and brutal, The Raid 2 is not to be missed. 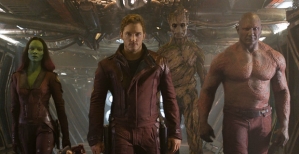 12. Guardians of the Galaxy

Who would’ve thought that the obscure cosmic Marvel comic Guardians of The Galaxy would turn into the biggest hit of the year? And not only that, but it’d be full of thrilling space-bound action and instantly iconic characters (including a sentient tree and talking raccoon) that would set a high bar for the new Star Wars to clear? One of the most fun movies of the year and one that I suspect will be re-watched many times over, Guardians is proof positive that Marvel is on a roll like no other company. 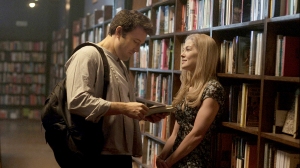 Another meticulous David Fincher marvel, Gone Girl adroitly addresses modern relationships, the media, and how we live now. Ben Affleck’s smarmy charm meets a star-making turn from Rosamund Pike in this twisty, pulpy, and engrossingly fun thriller that may be the best Tyler Perry movie ever. (full review here) 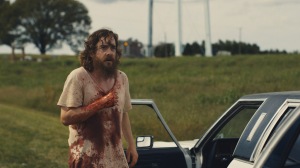 Unpredictable and wholly original, Blue Ruin runs through a whole film’s worth of plot in its first 20 minutes and then goes to unexpected new places. A rumination on revenge and its caustic effects married to a haunted and indelible performance by lead Macon Blair help make writer director Jeremy Saulnier’s low budget chiller an unforgettable journey. 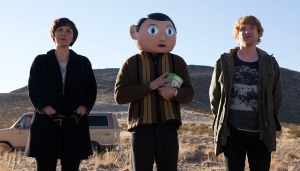 Michael Fassbender commands the screen even behind a giant paper-mâché head as Frank, the mentally ill leader of a an uncompromising indie band infiltrated by Domnhall Gleeson’s marginally talented audience surrogate. Frank (the character and film) is charming and unique, with an exceptionalism message akin to The Incredibles and a climactic scene that’s worth the price of admission alone. It’s wild and weird, giving quirky a good name and succeeding as a heartfelt ode to creativity. (full review here) 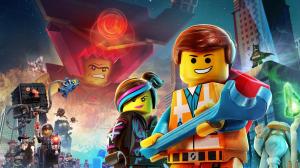 Phil Lord and Christopher Miller (21 Jump Street, Cloudy With A Chance of Meatballs) continue to defy the odds and make stellar entertainment out of the crassest commercial concepts. Not only is The Lego Movie hilarious and worthwhile throughout, it’s also the best Batman film since The Dark Knight and a true crowd-pleasing success that doesn’t pander. A joyful blast for all ages, The Lego Movie proves that everything is awesome. 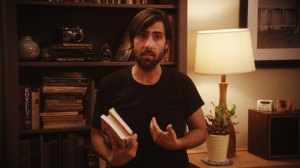 A caustic and biting character study in the vein of 70’s cinema, Alex Ross Perry’s Listen Up Philip is an ideal star vehicle for Jason Schwartzman’s unique on-screen persona. Philip follows in the footsteps of John Cassavetes and Noah Baumbach – with all the talkiness and self-aware humour that implies – and perfects the formula of following an unrepentant asshole while still being supremely entertaining. (full review here) 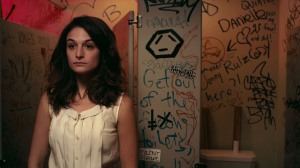 Obvious Child confirms writer-director Gillian Robespierre and star Jenny Slate as talents to watch while proving that there’s still life left in the moribund romantic comedy genre. Better still, it does it all in a totally fearless yet respectful fashion while truly earning some of the biggest laughs of the year. Heavily informed by standup comedy and its cinematic forebears, Obvious Child may be the first and only abortion-themed rom-com, but it’s also the best. 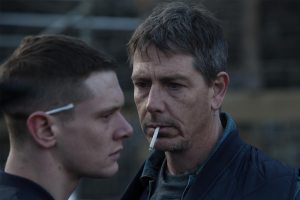 Jack O’Connell gives a ferocious and star-making performance in Starred Up, a prison movie masterpiece that transcends formula to become thoroughly affecting and nuanced drama. It’s a father-son tale about possible redemption in the face of dire institutional circumstances, populated by first rate acting and imbued with a sense of justice and honour. The veracity of emotions and singular approach to setting and character lead to an unforgettable film, the kind that stays with you long after the credits roll. (full review here) 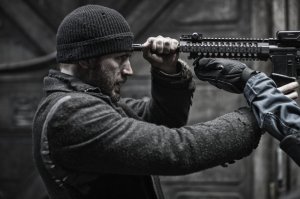 Snowpiercer follows in the proud footsteps of the best socially conscious sci-fi classics while delivering breathless action married to incisive commentary. Taking place aboard a constantly moving train segregated by class, it presents a dystopian future that’s outlandish but chillingly possible. Totally idiosyncratic and crazily exciting, Snowpiercer is a rousing cry for equality and a remarkably relevant howl against oppression. Essential viewing. 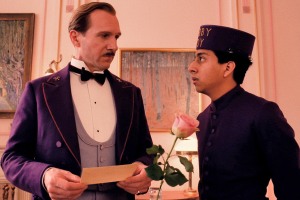 Wes Anderson continues his comeback trail with what may be his most accomplished work yet. Ralph Fiennes effortlessly slips into Anderson’s carefully constructed world as the effete and erudite hotelier M. Gustave, an out-of-time man who’s simply looking to show that there are “faint glimmers of civilization left in this barbaric slaughterhouse that was once known as humanity”. All the Anderson regulars are here (less Owen Wilson) and they contribute to the always funny and surprisingly melancholic story that delights and bewitches. Anderson’s gifts continue to grow, making Grand Budapest Hotel an act that’ll be hard to top. 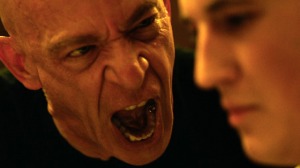 Whiplash would make this list for J.K. Simmons’ villainous performance alone – a whirlwind of profanity, charm and abuse on par with R. Lee Ermey’s drill instructor from Full Metal Jacket – but the movie surrounding it is a stunning masterwork as well. Miles Teller’s ambitious and talented jazz drummer clashes with his perfectionist college instructor played by Simmons in a stripped down story that eschews the usual coming-of-age beats. Whiplash instead presents an insider’s view of a little-known world and comments on what it takes (and what needs to be sacrificed) to truly master your craft. Some of the best music sequences ever put to film and an ending that literally garnered standing ovations help make Whiplash unmissable and one of the very best of the year. (full review here) 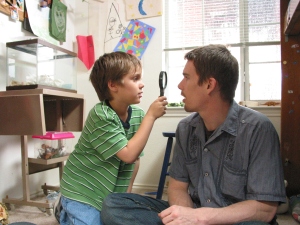 The fact that Boyhood was even made is a triumph unto itself, resulting in an astounding and unforgettable movie like no other.  Chronicling 12 years (shot in the same time period) of a boy’s life, Boyhood unfolds with an ease and mastery of the craft that is stunning to witness. More than a mere gimmick, the film elicits chills with its observances of the small moments of life that build to create the whole. Wildly ambitious, rich in detail, and simply a wonder to behold, Boyhood a low-key masterpiece that defies classification and reminds us why we go to the movies. It’s my favourite of the year. (full review here)

Notable 2014 releases I haven’t seen: a lot I’m sure, but I’m most bummed about not having seen Inherent Vice, Selma, and A Most Violent Year yet which all look great.